What is Taiji Quan? 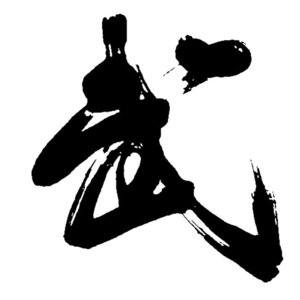 The art generates power from relaxation, body structure, weight shifting and natural body mechanics. The techniques are performed by using the entire body starting from the base of the body. This may be explained as that the power is generated from the legs and the hips and carried out through the arms that are being held completely relaxed in order to deliver the power out of the hands and into the opponent without obstruction.

“In the the old Taiji Quan Classics this power generation is described as: being rooted in the feet, developed by the legs, directed by the waist transferred through the back and expressed in the hands.” 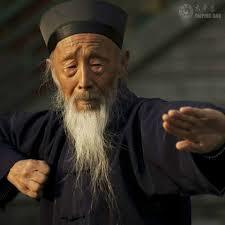 The Taiji training is usually referred to as Daoistic training method. Tao or Dao (道) is an ancient philosophical concept that may be translated to “the way”. Dao cannot be explained in just one way but Dao is sometimes thought of as an opportunistic concept of understanding and moving along, rather than going against, the natural order of the universe.

This concept of feeling and understanding the opponents intentions in order to overcome the opponent is obviously a strategy that is being used in all martial arts. However, in Taiji quan there is a whole methodology for achieving these skills that has been tried out, refined and passed from master to disciple for hundreds of years.

The (health) benefits of taiji

The classes that we offer have a wide range of purposes and students that enroll with the training and actually integrate the exercises as a part of their daily routine, typically find the training being a life changing path. 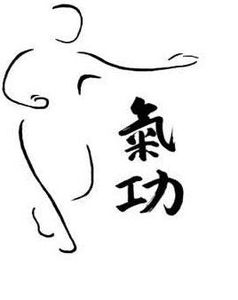 There are plenty of anecdotes from people who have significantly improved their physical health, mental health and life quality in general from practicing Tai Ji quan. For these reason some of the more complicated Taiji forms, were being modified and simplified in the middle of the 19th century. In earlier times Taiji was not taught openly but the Chinese authorities simply demanded the Taiji quan to be taught as a health exercise for a wider audience.

Tai Ji at our school

Is Tai Ji Quan the same as meditation?

Taiji is not performed through overly stressing the body and the mind, which is typically a method being applied in the so called external martial arts systems (waijia). Instead the training is performed through the idea of feeling and using the whole body, following the opponent without applying too much muscular force and using the opponent’s force against himself. On a masterly level Tai Ji Quan may be described as “meditative” but there is hard practice before one reach this step of the training.

Our classes teaches you how to use softness to overcome hardness, adherence to overcome dominance, strategy to overcome brutality etc.

“As a natural result from the training the students will develop a natural internal body flow, sometimes referred to as flow of Qi or Chi (气).”

We can think about this flow in the body as the whole body being full of water. The streams of water follows the intention rather than enforced muscle power. Slowly as the taijipractitioner starts to develop this “flow” in the body the health benefits also starts to give fruit.

The body flow that we are striving for to achieve through the training, is also a very nice feeling that is completely different from the feeling you get while performing physical activities such as gym training or aerobics.

How can I improve my health through the training?

There have been numerous of scientific studies that have concluded positive mental and physical health effects from practicing Taiji quan. Studies have shown that typical benefits achieved from practising this art range from improved life quality in general, such as better sleep, better ability to concentrate, better body balance and higher stress tolerance.

However, Taiji is mainly practised in order to prevent disease or as a method of recovering from some more hazardous diseases.

“The training works as an inner massage and strengthens both body and soul.”

Studies have shown how practitioners of Tai Ji Quan develop a better vascular system and achieve great results as a treatment (and even as form of recovering) from stroke, heart failure, high blood pressure, Alzheimers, Parkinsons, MS and Fibromyalgia.

May it be for improved health or just for the joy of practising this art but people who start to study at our Academy find their lives being more enriched and themselves being more happy.

The training also offers friendship with a quite unique mix of people with different backgrounds which creates a positive atmosphere and a social platform that works as a distressing getaway from the daily stress of society.

No pain no game – Taiji is not easy

Due to the nonaggressive nature of Taiji Quan, the training is typically associated by people in general as a training method that is easy and not requires a lot of effort. This is a great mistake.

Taiji is often considered as one of the most advanced and complex martial arts of Chinese wushu (武术) and it requires full attention and regular training. It is not unusual that new students that enroll in our classes get frustrated when they realize that the movements are hard to coordinate and difficult to learn.

Everybody can learn this art but it takes time, dedication and consistency. Of course the dedication and training discipline is something that each student develop over time. It is not expected that that new students have this mentality from their first class but it will be easier for the students that have the right expectations from start: It takes time and hard training to master this art.

Nowadays Taiji Quan has developed into a modern sport. Taiji Quan is today a part of the International Wushu Federation (IWUF). The sport should be distinguished from the traditional art. However there are obviously some of the techniques and basics that are the same. Read more about the modern Taiji Quan and modern Wushu here.