We offer classes for both beginners and high level martial artists. The training also includes Qigong (Chikung) exercises in order to build up a natural and strong body structure. Through “Tai chi Chuan SP” we give free classes and try outs for beginners. Everyone is welcome to train with us! 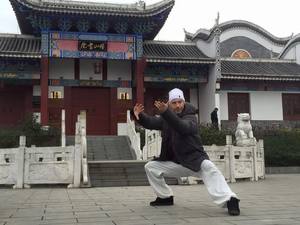 Sign up for your free class here or sign up for our newsletter further down. Through the newsletter you will receive information about events and workshops hosted by Tangshou Academy.

What is the meaning of Taiji?

Pinyin: Taiji quan (太极拳) is one of the most widely practiced martial arts in the world today. It’s a rather gentle method of martial arts that is based on the principle of the soft overcoming the hard and to overcome the opponent by utilizing the force of the opponent’s attack rather than going against it.

The movements of this ancient Chinese martial art are typically practiced in a slow, harmonious and continuous way. However, there are many different styles of taiji where som also emphasize techniques that are performed through more explosive power generation and fast moments. The training also typically includes weapons training on a more advanced level (including straight sword, broadsword, staff and spear).

So what is the meaning of Taiji? The term “Taiji” (Tai chi) refers to the ancient Chinese cosmological concept of a constant change between two opposite yet complementary energies (Yin and Yang). The last 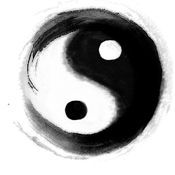 character in “Quan” (Chuan) literally means, “fist”. Therefore, Taiji quan may be interpreted as a “method of unarmed combat”.

Taiji quan is often regarded as only a health exercise but that is only one out of many gains that might be achieved through our classes. Although the training brings great health benefits (if practiced correct) there have also been many misconceptions about the practical use of Tai Ji quan for self-defence. Hidden within every movement are logical principles for fighting applications and the classes may also be physically demanding.

Read more about “what is Taiji” here

The training at Tangshou Academy

The classes at our academy here in Sao Paulo focuses on health, personal development and self defense. The movements are full of energy yet relaxed, natural but formalized through principles, flowing but performed with rooted and balanced postures.

“You learn to use your intention instead of muscular strength.“

Qigong is an integrated part of the training

The training involves both single movement practices such as qi gong (chi kung). (Qi gong may be described as sets of more isolated movements, practiced repeatedly in order to gain certain internal or external qualities, that later are being used in the the tai chi.) Other single movement training, typically trained at the Academy, is basic step work, stances, kicks and hand postures, sometimes referred to as Taiji gong (太极功).

In the classes we also practice form-exercises as a part of the individual training. The taiji forms (Taolu 套路) are predefined sets of techniques that typically takes 5-15 minutes to perform. Although the forms are beautiful to look at (if performed correctly) and all though the mind and the body is at a state of ease throughout the form practice, there is also a combat intention (Yi 意) in each performed technique in the form. 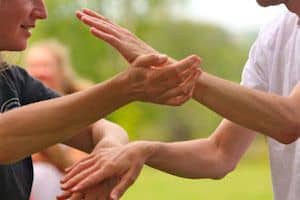 We also train more specific partner practices, drills and fighting exercises. One type of partner training typically trained at our Academy is the so called “pushing hands exercise” (Tui shou 推手) which is a more practical method of taiji. Through the “pushing hands” drills you will be able to develop the ability to feel the opponents intentions (tingli 听力) in order to neutralize the force or mislead the opponent’s force.

You may wonder if these classes are anything for you? Taiji Quan is a training that anyone can benefit from and the training will also be adjusted to fit the different people in the classes.

Our different classes and styles of taiji

At our school the martial art training and approach of the philosophical concepts are unseparated. There is nothing in the training or in the theories that we study and adapt, that may be described as “ununderstandable” or “impossible” to grasp.

At least the intention of the training is to approach even the more advanced concepts of the taiji in a pragmatic manner. There is simply no “Mumbo Jumbo” in our practice.

We practice mainly Yang style taiji (Yang tai chi) as taught by the Li family. But other Taiji systems are also taught at the school such as Wudang and Chen style.

If you are a beginner and all this information seem complex to you, please read about our drop-in-classes and “Tai chi chuan SP” further down. 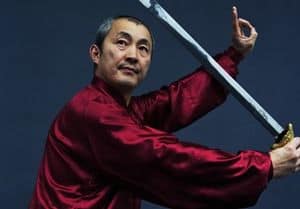 The Yang style of Tai Ji Quan originates from Chen style. The techniques and stances
which were passed down from the Yang style founder, Yang Luchan (杨露禅), are typically a bit more formalized than the Chen taiji.

However the Yang style has undergone many modifications since the second half of the 19th century when Yang Luchuan created the style. Yang Lu Chan’s sons were all very proficient martial artists and they all modified their father’s art.

The youngest son Yang Jianhou (楊健候) passed the secrets of his family style to famous swordfighter Li Jinglin (李景林) who later taught the skills to Li Yulin. Li Yulin who already was a prominent Martial artists and a close student to the Sun-style Tai chi creator, Sun Lutang (孙祿堂), taught the Yang style to his sun, Li Tianji (李天冀) .

Li Tianji learned the style from his father and was probably one of China’s most influential martial art masters of his time. The Yang Taiji we train is the same Taiji as taught by the Li-family and it has been passed down to us by Li Tianji’s disciple, Master Wang Yanji (王燕基). 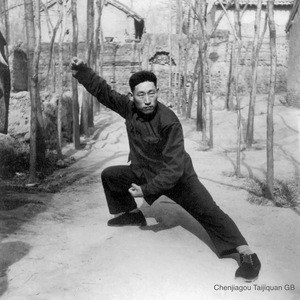 The Chen style is officially one of the oldest styles of Taiji quan. This style originates from the Chen village, Chenjiagou (陈家沟). Although the village is only populated by a few thousands villagers, there are a lot of variations of how the style is performed, even through different practitioners within the village.

One of the most popular Chen styles here in Brazil is the Chen taiji as taught by Master Chen Ziqiang (陈自强). However at Tangshou Academy we offer classes in Chen Taiji that is slightly different and more close to the Chen style of another prominent master in the Chen village, master Chen Bing (陈炳).

The Taiji history with regards to Wudang 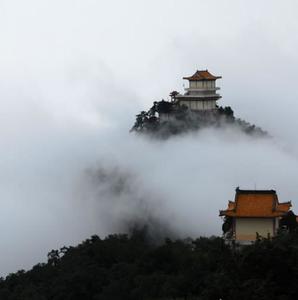 The daoist mountain of Wudang where once a place where daoist priests and hermits dwelled in order to study taoist elixir practices. Mt. Wudang is by some accredited as the birthplace of Tai Ji Quan but these are controversial theories that lack in historical evidence.

According to these theories, the legendary Zhang Sanfeng, a martial art master who is said to have lived during the Twelfth century created Tai chi after having witnessed a fight between a snake and a crane.

Although there is evidence that proves that Zhang Sanfeng actually existed, there is no historical evidences to support that he had actually anything to do with the creation of Taiji Quan.

There are many theories about the origins of traditional martial arts and sometimes certain groups of practitioners claim their style to be the most authentic which makes it hard to separate facts from not definite stories.

However, the truth is that daoist martial arts methods were practiced at the Wudang mountain in ancient times but many of these methods and teachings were lost during the 20th century. After the cultural revolution in China (1966-1976) only fragments of the ancient martial art were still to be found on the mountain. 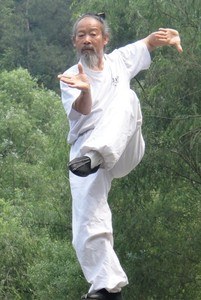 Although much of the Wudang martial art was lost, there are still some of the training methods that has survived until today. These skills have typically survived through martial artists that learned and passed the skills to others before the middle of the 20th century.

One such skill that we train at our academy here in Sao Paulo is the Wudang Sword (武当剑) which is an ancient swordplay with special Wudang martial arts characteristics.

We also practice Wudang qigong exercises and wudang Taiyi (太乙) which is similar to taiji quan but with wudang characteristics.

What is “Tai chi chuan SP” and how do I sign up for a free trial?

In order to promote our training here in Sao Paulo, we offer both free classes, workshops and tryouts for people who don’t have previous experience or for those who just want to understand what the classes is all about.

“These classes are completely free and there are no requirements of previous experience, age or gender.”

Everyone can learn this art and different people will benefit in different ways from studying this art. For the Tai chi chuan SP you don’t need to sign up in advance, you can just drop-in.

In order to promote our training at the school the classes usually takes place outside in Sao Paulo, SP. Please sign up for our newsletter if you are interested in knowing more about our free events and workshops.

About all our arts