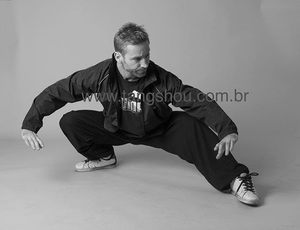 Bagua is considered to be the most circular and spiraling system of Chinese internal martial arts (Neijia). The characteristics of this art is constant movement and change, and the ability to fight while moving.

One of the fundamentals of the practice is the stepping method, in particular circle walking. The practitioners of this art typically start the learning process by walking in circles during the practice. The aim is to build up a good footwork and a rooted and balanced body structure. 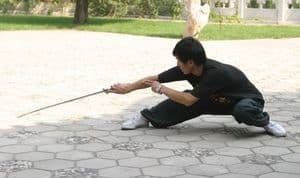 Baguazhang is distinguished from other systems by emphasis on coiling and uncoiling movements. Of course these are principles that appears in other martial arts but the bagua system has typically much more spiraling moments than any other system.

Except the circular walking patterns that are trained to build up the basics for bagua, practitioners of this system also train different hand-postures while walking. Eventually these hand-postures will evolve into various martial techniques (palm changes).

Baguazhang is a very complex martial system and with strong ties to ancient Chinese philosophy and ideas. The concept is built around blocking the opponents attacks through changing the direction of the attacks. 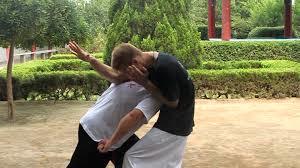 “Baguazhang has been called the most difficult style of kung fu: its movements are short and long. It develops hardness and softness. Its techniques are straight and circular. The system uses many weapons. Baguazhang takes a lifetime to master.” 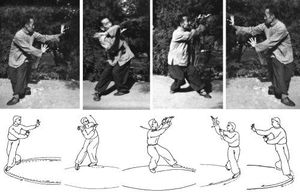 The art can be described as a complete system that applies some of the same principles of Tai chi chuan but with a much more agile body work. The moments are fluent and relaxed but there are also explosive motions and a stepping methods that requires extremely good physical ability. However, no reliance is placed on using muscle power generated from a single portion of the body.

The system also covers a wide range of different weapon trainings. Some of the weapons in our curriculum are: Staff, long-sword, Saber and Yue (Deer horn knives).

All movements are intended to be smooth and coordinated, with the body employed as a whole unit. After years of training the body of the practitioner start to change. It becomes softer and more agile but at the same time harder and stronger.

“Bagua is super-gongfu, it transforms your body into a super body”

The change of the body may be explained as the training works as a kind of qigong, it cultivates the body internally but it also teaches the practitioner to generate power in a dynamic way.

The art also includes strategies and techniques that teaches you to fight multiple opponents at the same time. Sometimes the art is compared with guerilla warfare because of the practitioner’s ability to rapidly change directions to evade the opponents while using the hands to distract the opponents from devastating kicks, strikes and throws.

Our classes in Baguazhang

In our school we practice Bagua Zhang that can all be traced back to the Cheng style lineage which is one of the oldest systems. Our art comes from both Liu Jingru’s most prominent student, Han Yanwu as well as Cheng bagua as taught by Sun Zhijun through Wang Yanji. 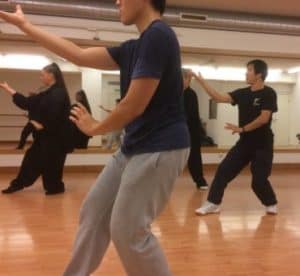 We also practice Baguazhang as taught by the An family (An Desheng and his son, An Jianqiu). An-family bagua is an offspring of Gao Yisheng’s Cheng-style bagua but has it’s own characteristics.

The origins of Baguazhang

The name bagua zhang or Pa Kua Chang (八卦掌) originates from the ancient Book of Changes, Yijing (易经). Ba Gua literally translates to eight trigrams. These trigrams are symbols which were used in ancient times to explain all natural phenomena and the change between different forces interacting with each other in nature. 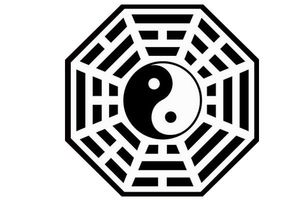 The book of Changes is believed to originate from the the Western Zhou period (1000–750 BC). However, the martial art, Baguazhang, is actually believed to be a relatively new martial art. Most historians claim that the system was founded by Master Dong Haichuan (董海川) about two hundred fifty years ago. However, there are also speculations that states that some of the content that appears in bagua have a much longer history.

There are many theories of what Master Dong actually practiced before he started to teach Bagua zhang but no one really knows much about Dong’s martial art background.

Dong is believed to have been involved in daoist sects that practiced circle walking methods for meditative purposes. Some believe that this practice may have influenced Dong’s bagua zhang but these speculations have low historical credibility.

The early masters of Bagua

More is known about the most prominent students of Dong Haichuan than Master Dong himself. Dong is said to have only taught students that were already experienced within other Martial arts before accepting to teach them. The training is also believed to have been adjusted and taught differently depending on the students specific backgrounds and needs.

The rather dynamic teachings of Dong might explain why we today find many different variations of baguazhang, although the art has a relatively short history.

Another explanation lays in the fighting characteristics of bagua that emphasizes a strategy to overcome the opponent by changing or misleading the power of the opponent’s attack.

Although Dong is believed to have taught many students there are especially two of Dong’s students that should be accredited for teaching and passing on the art to more people. These students were Yin Fu and Cheng Tinghua.

There are many different styles of bagua today and some practitioners even claim that their art was created before Dong Haichuan was alive. However, most martial scholars conclude that many of these different styles that appear today are variations of the baguazhang that were taught by either Yin Fu or Cheng Tinghua. 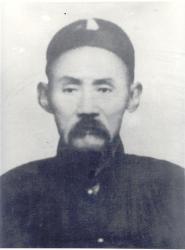 Yin Fu (尹福) studied for Master Dong longer than any other student. Yin Fu was regarded as one of the most prominent fighters of China of his time and held the prestigious position as the personal bodyguard of the Cixi empress.

Yin Fu was a master of another Chinese Martial art, Luohan Quan (罗汉拳) before he started to train for Master Dong. The Yin-lineage of bagua typically includes movements of striking with the fingertips clinch together forming a shape like a Ox’s tongue (牛舌) 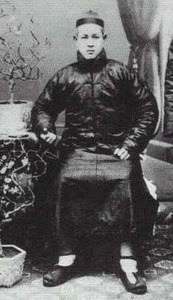 Cheng Tinghua (程廷华) was the other top student of Dong. Cheng studied Chinese wrestling, Shuaijiao (摔跤) for many years, before he encountered with Master Dong and was accepted as a disciple.

Cheng is said to have had excellent fighting skills but also quick and graceful body moments. The Cheng-lineage bagua that Cheng passed on to his students is characterized by flowent body moments or “swimming body” (游身) motions.

Cheng bagua practitioners hold a different hand posture than those of the Yin-lineage. The Long zhao Zhang, Dragon Claw Palm (龙爪掌) holds the fingers upright and strike the opponent with the palm. 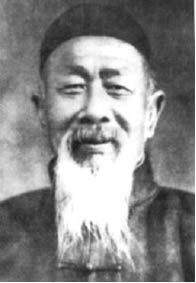 Cheng Tinghua had many students resulting in more people studying Cheng style than any other style of Bagua. One of Cheng’s student, Zhou Yuxiang (周玉祥) passed the skills on to Gao Yisheng (高義盛) who later became famous in Tianjing (天京) for creating the Gao bagua system.

Cheng Tinghua is said to have met with Gao Yisheng at some point and to have corrected his moments but many martial scholars claim that Gao actually mainly learned bagua from Cheng’s student.

The Gao baguazhang is a variation of Cheng bagua. One characteristic of Gao Yisheng’s bagua is that it contains 64 fighting principles, houtian bagua (后天八卦) that are being practiced as separated sets of moments.

Master Gao Yisheng who must have been a martial art genius for his bagua modifications and inventions, attracted many martial artist that sought to learn from the master. One such student was An Jihai (安继海) from Tangshan (唐山).

An Jihai had already learned Shaolin Quan (Liu He Quan) from his father but he had great thirst to learn new styles of martial art. An Jihai studied for Master Gao and became one of the mater’s most valued students.

An Jihai also came to learn from many other famous masters in the area and did some modifications of the bagua that Gao had taught him. He passed his own modified baga on to his son, An Shubao and the An family bagua was created.